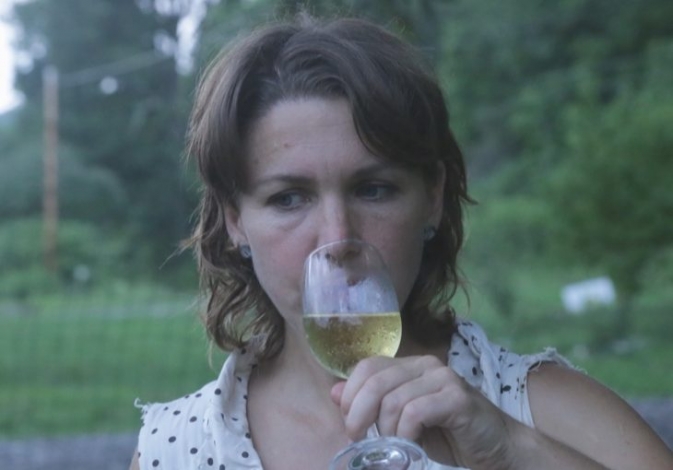 While we are celebrating women winemakers, that’s not all we have in store! In fact, we also carry liquor and cider made by women. Today, we’re exploring the story of cidermaker Autumn Stoscheck.

As a child, Autumn Stoscheck was drawn to art and as a young adult she grew an interest in sustainable farming after a summer job at Butterworks dairy farm. These two interests would come together later in life when she founded Eve’s Cidery at the age of 21.

Stoscheck wanted to prune apple trees for a living and “farm in harmony with nature.” This all became a possibility when she took her savings from waitressing to send herself to England for a course in cider-making and to purchase the equipment needed.

Her first vintage was bottled in 2002. She and husband, Ezra Sherman, began to sell the cider at the Union Square Farmers Market. Suffice it to say, the cider caught the attention of many New Yorkers, most notably chefs who began adding it to their beverage lists. It’s near impossible today to go to a bar or restaurant without cider and that’s thanks in part to Stoscheck.

Fun fact: the apples Stoscheck uses in her ciders aren’t quite the same as the ones we eat. Hers are grown specifically for cider-making. They’re organically grown with concentrated flavors, structure, and acidity.

Uncork a bottle of her cider today!