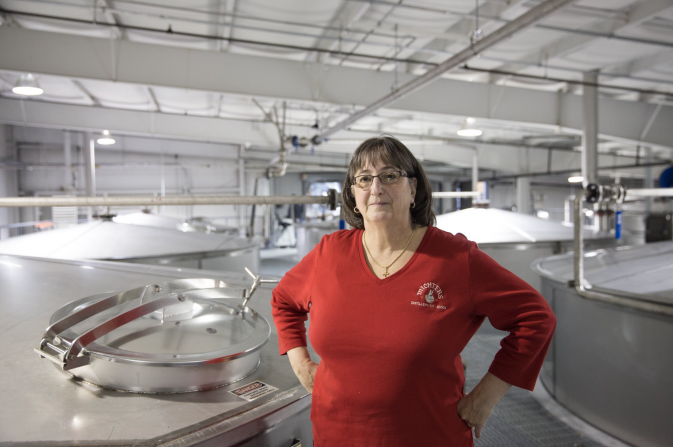 This week, we’re changing things up from wine and featuring Pam Heilmann, master distiller and VP of production at Michter’s.

Pam didn’t grow up dreaming about making bourbon. She was originally going to be a school teacher. But her plans changed when she moved with her husband to Kentucky to work in a metal plant. As these things happen, a friend got her connected to Jim Beam’s plant when she was looking for new work.

It was her time there as relief supervisor that awakened her love for whiskey and opened her eyes to its position at the intersection of science and business.

Meanwhile, Michter’s investment in the industry led to its resurgence and the owners recruited Heilmann as part of their strategic growth. Her move to Michter’s made sense because she got to do exactly what she wanted: to make only the best whiskey. Heilmann says:

“You can make the best quality whiskey no matter what the cost—which is what we strive to do. You can make as much whiskey as you can at the best quality—which is a whole different philosophy. And for me I would prefer to do that first, for me it’s about people just acknowledging and noticing that your brand is good.”

This no-expense-spared philosophy has led to a production facility with a 100% copper system, custom designed parts, and state-of-the-art equipment. Too bad it’s not open to the public!

Taste the fruit of this master with the best tools at her disposal and pick up a bottle of Michter’s Bourbon.